With around 1,350 students, one of the core tenets of the school is to ensure students are empowered to achieve their full potential.

Key to that, according to the director of eLearning, Matthew Jorgensen, is equipping students with the confidence to engage with, and play a valued role in, an increasingly digital world.

Saint Stephen’s is a Microsoft showcase school; it makes extensive use of OneNote and operates a bring your own laptop program, specifying Windows 10 and a touchscreen with pen device for students in years 5-7, with Microsoft Surface particularly popular. In the senior years, 7-12, most of the curriculum is delivered through a learning management system (LMS) which has been widely embraced during and out of school hours; around 350 students access the LMS on a typical weekend.

Matthew Jorgensen has oversight of the school’s LMS as well as an array of eLearning technology including an augmented reality sandpit, virtual reality platforms to support the curriculum, and Lightboard for creating flipped learning videos. These allow a teacher to deliver a lesson online that looks as though they are standing behind a glass chalkboard – students can see them and the notes they write on the Lightboard at the same time.

The school also makes extensive use of tools such as Microsoft Dictate to support its large cohort of international students.

In late 2018 Jorgensen also piloted the use of micro:bits and design thinking in the school, encouraging students to work together and extend their learning horizons.

What were you looking to achieve?

Matthew Jorgensen (MJ): To address the Australian curriculum and also develop problem solving, ways of thinking and creativity. It’s good for them to see their potential and work toward that.

I’m not sure everyone needs to be able to code – it’s like using watercolour in art – there are a lot of different concepts that help. With coding they learn to look at an abstraction, block stuff out that’s not necessary, learn about data collection, look at trends, algorithms – there are a lot of concepts that are used across the board and reinforced in coding. It’s also about making games and having fun and being creative and teaching kids to stick with something and see it through.

How did you kick this off?

MJ: The course went across the whole final term of 2018 and we started off with 15 different micro:bits tasks that I’d gathered from across the internet, including some of Grok Learning’s online courses. Then we took it up a notch and had them do some Python coding.

Armed with that insight what were the students able to do?

MJ: Using design thinking to empathise, define and ideate – and using some templates on OneNote they could define the problem they were trying to address. Then in conjunction with the content in the LMS, the micro:bits, content on Microbit.org and Microsoft MakeCode they were able to tie all that together. To help teachers who were new to this we tried to scaffold it as much as possible. 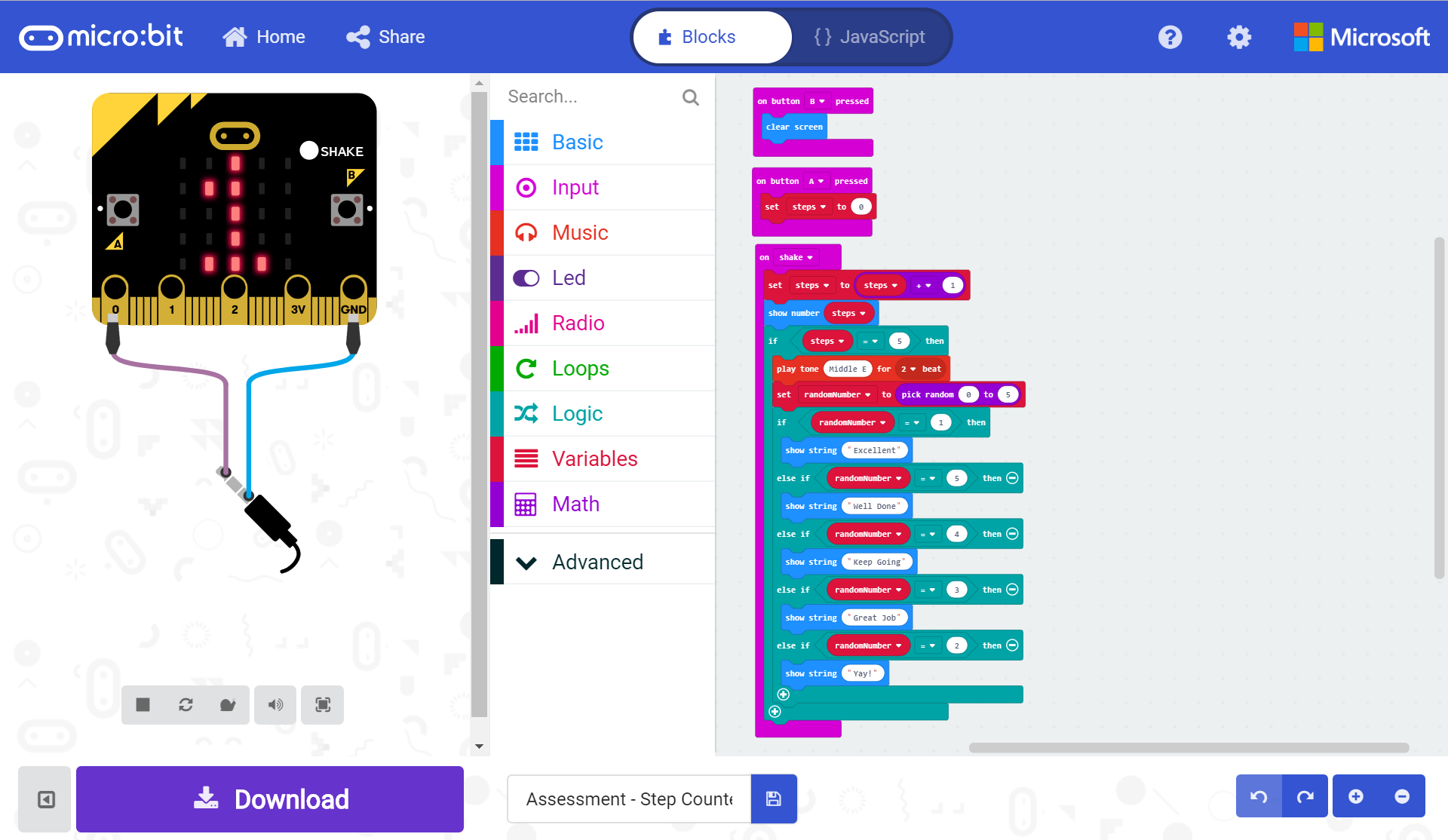 How did you organise the class for this project?

MJ: Our Year 8 students worked in pairs but each student produced their own project. Their partner was their client and they worked together to build the solution. The students had to initially come up with ten ideas, then narrow that to three. They then chose the best one, wrote some pseudo code and did some prototyping. Many used their digital pens, some used paper, and the designs went in to their OneNote portfolio. Then, using household products, they created a prototype that included the micro:bit, before they then tested each other’s product and conferenced with their teacher by going through their portfolio on OneNote.

Did you set any guidelines about the project?

MJ: The premise was that it was to benefit a student in some way – so we had a lot of pedometer style projects and some had reaction games to hone athletes’ reaction time. Some were fun games – one girl made a paper, rock, scissors game using two micro:bits – you shake them and they do random paper, rock, scissors. There were also gadgets that helped students in class if they were anxious or lacked confidence. 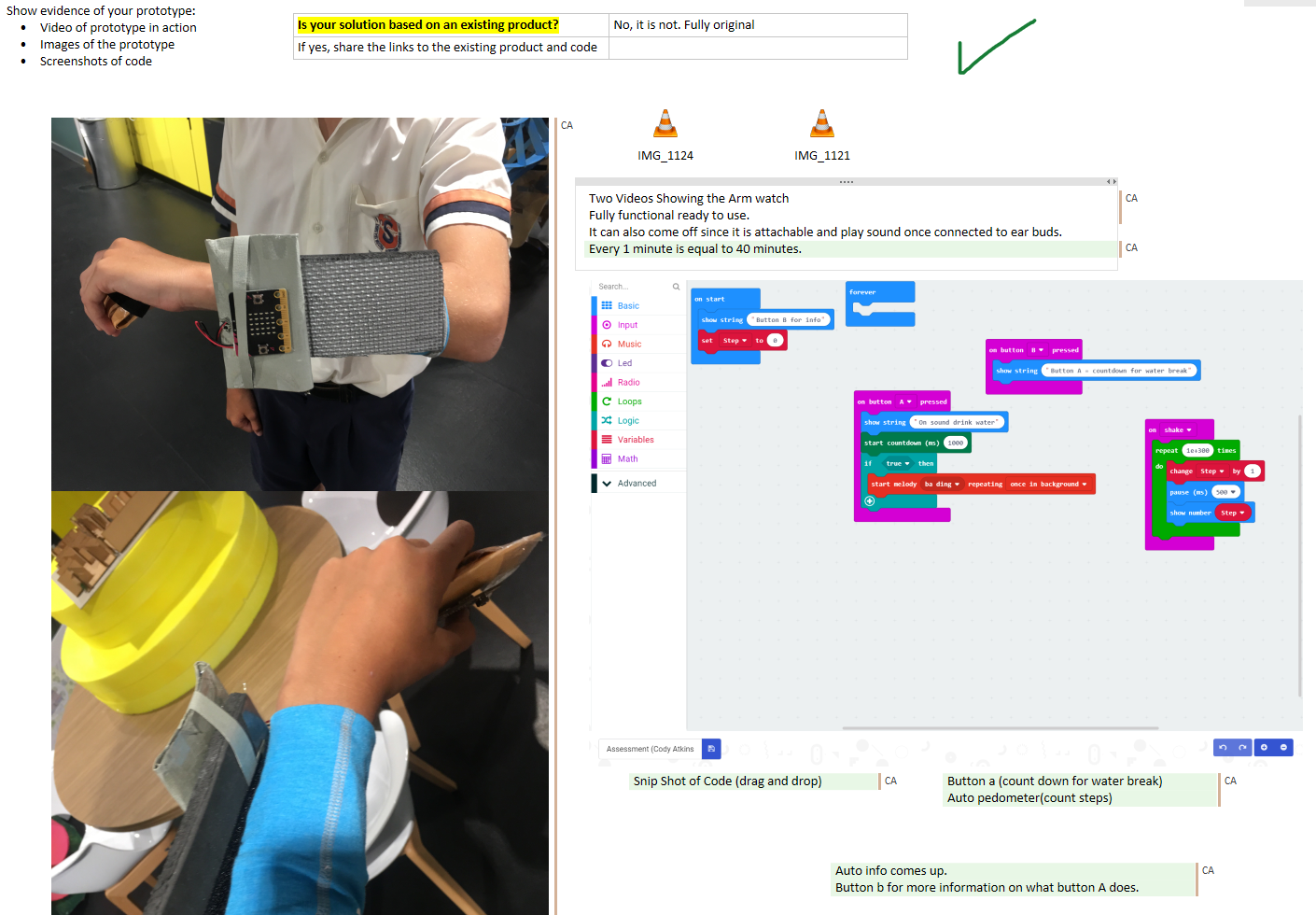 Why was this so useful?

MJ: It fits nicely in the Australian curriculum. We wanted them to be hands-on, to use hardware, do some coding and design, and use the emulators to see it working before downloading onto the micro:bits.

In year 8 we will be looking at the Innovation Exchange set up by the Department of Foreign Affairs and Trade. That provides money for companies creating solutions for third world countries – water purification, growing food, female hygiene. We are going to study what they are doing in there because it really is STEAM (science, technology, engineering, arts and maths) in the real world.

Then, working in groups we will look at one of the solutions and augment it with the micro:bit. Taking the original product and asking how can we add to it that so that it might benefit the people and make it even better?

We also have some refurbished classrooms for maker-spaces this year and have bought some BitBots. These are robots into which you can stick the micro:bit and make use of various sensors .

Q: How do you stay up to date?

MJ: Mostly LinkedIn, following different people, and occasionally Twitter. Also, through Microsoft as there is a good group in the Brisbane / Gold Coast area where there are quite a few Microsoft Innovation Educator (MIE) Experts and amazing Microsoft Showcase Schools.

Empowering every educator and student to achieve more with the best Microsoft resources, training and tips for education.…

Learning demonstrations for educators from EduTECH 2019

Even if you weren't able to make it to EduTECH 2019, we've got you covered with access to…

Free Teacher Professional Development offered by Microsoft Australia - get your classroom ready for the new year!  …