For the fifth year in a row, educators from around the world came together at E2 to celebrate their shared passion for teaching. This year’s event brought educators and education system leaders from around the world to Paris for three days of honouring changemakers in the classroom. The essence of E2 is celebration, recognition, collaboration and inspiration. Following events in Redmond, U.S.; Toronto; Budapest, Hungary; Singapore and Paris we are incredibly excited to bring the E2 event to Sydney in 2020.

Steve Crapnell attended E2 in Paris and is one of the lucky ones – he managed to see Notre Dame five days before France’s great cathedral caught fire. It was an experience he’ll never forget.

He will also never forget the connections forged at Microsoft’s E2 event, which brought together, in Paris, more than 300 education leaders from 109 countries.

Now back at Brisbane’s All Hallows’ School where he is head of digital pedagogy, Crapnell says that E2 is a critically important event because it allows education experts from around the world to come together and explore how they are using technology to deliver the best outcome for students.

Now he is back at school, Crapnell is able to leverage the insights gleaned at E2 to hone decisions about the approach All Hallows’ takes to technology, currently focussing on meta-cognition – how to learn about learning – and inclusiveness, to support students with dyslexia, sight, hearing and learning challenges. The clarity and confidence that E2 delivers has renewed his passion to help; “Influence how teachers teach and for that you have to have a clear vision. “Show them why this is demonstrably better and they will buy in,” he says.

Laura Bain, head of digital learning and innovation at The Springfield Anglican College in Queensland was already benefitting from being a Microsoft Innovative Educator Expert (MIEE), forging valuable connections with like-minded MIEEs across Brisbane. Attending E2 ramped that up.

Participating (and taking out the team prize in the teacher challenge for creativity) in one of E2’s group projects with MIEEs from Senegal, Costa Rica, the UK and the Czech Republic reinforced to her the power of collaboration, and Bain is now working to foster that same collaborative culture in her own team. “That is where the real learning happens – that’s where the magic is,” she says. “All of us in education are facing the same challenges,” according to Bain, and while different schools are at different points in their digital journeys, everyone can learn from one another’s experience. “There were a lot of great ideas and things I had not thought about,” she adds, describing the whole event as “mind-blowing.”

Taking out an award for #creativity with technology at the #E2 Gala in Paris. #MIcrosoftEDU #MIEExpert pic.twitter.com/2e2yQIbkG9

For Mark Savery, head of e-learning P-12 and STEM co-ordinator at the Gold Coast’s Emmanuel College, E2 presented the opportunity to learn how technology was being applied internationally to boost learning and development, and transform pedagogy. “It is inspiring to see how many different ways people are using these tools,” he said.

He also learned about Microsoft’s newer technologies such as FlipGrid, a video discussion platform that can help amplify the student voice. “We want to be strategic about when and how we would implement that,” said Savery – so meeting a US based MIEE who has deployed FlipGrid to good effect was a great opportunity to get useful insights for the future.

“We are changemakers and can encourage our students to be changemakers. We need to enrich learning while empowering students to change their world – this is not just about teaching them what we know,” said Savery.

Sitting in a bus to the airport reflecting on what was an amazing learning experience at #E2 Was so good to connect with amazing educators from around the world and have opportunity to share what we’re doing at Emmanuel College with @ClassVR #MicrosoftEDU #MIEExpert @MSAUedu pic.twitter.com/nLWTAMAUyA

Jodi Gordon, innovation, e-learning and technology coordinator at Tatachilla Lutheran College is already incorporating a lot of what she learned at E2 into her lesson plans in order to enhance student learning.
She says that the immersive sessions, where international groups came together to use Microsoft technologies such as Teams, Minecraft, OneNote, FlipGrid and Microsoft Translate allowed MIEEs to learn from each other’s diverse experiences and to transfer skills. Meanwhile the showcase delivered first hand insights about how teachers around the world are shifting the dial. “It broadens your thinking with new pedagogical approaches – it’s a unique experience,” says Gordon.

E2 was a complete change of scene for Margaret Simkin. As head of library for Hamilton and Alexandra College, a small school in regional Victoria, Simkin often works alone in a small office.

To be part of a group of 300 committed educators from around the world was “incredibly affirming” about the learning innovations that she champions back home in Australia. “Working with the MIEEs is like being part of a faculty. I have found my tribe,” she says. “It was hard to know what to expect – the surprise was how good it was across the whole experience, what we packed in and the people we met.”
It’s the connections and community aspect that are constantly highlighted by MIEEs; to have access to experienced colleagues around the world who are able and willing to share their insights about how technology can transform pedagogy and learning, and deliver impactful outcomes.

Mark Savery seized the opportunity while at E2, for example, to work with a French teacher and make a Skype call to one of Emmanuel College’s Year 6 classes. Using the Translator function the students were able to ask the French teacher questions in English, and understand his response translated from French into English. “It was a reminder that this technology is there and ready to use,” said Savery. “Who else can we engage with around the world?”

That global engagement is prized by every attendee at E2.

Steve Crapnell for example met his Ireland-based “mirror image” at the Paris event. Both were focussed on the same issues and were able to share wins and lessons from losses, and the two remain in contact still. Indeed Crapnell still keeps in touch with people he met at the Toronto E2 event in 2017, sharing insights and experience – but always with a firm focus on using technology to achieve the best outcomes for students.

As Jodi Gordon says; “We are a global community, this is a lifelong group.” 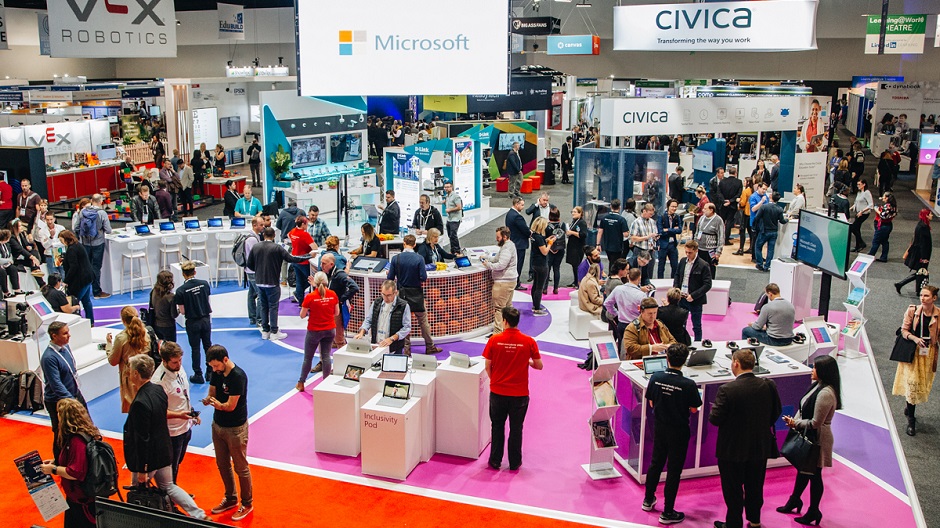 Wrap Up from EduTECH Australia 2019

When everybody plays, we all win Every year, the EduTECH Australia conference brings together the best and brightest…

Empowering every educator and student to achieve more with the best Microsoft resources, training and tips for education.…

Learning demonstrations for educators from EduTECH 2019

Even if you weren't able to make it to EduTECH 2019, we've got you covered with access to… 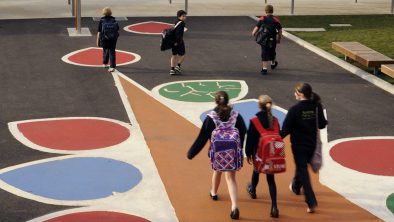 Turn the clock back and imagine teaching a classroom of children, some of whom are equipped with slates…