When Genesis Christian College reviewed its students’ journey between Year 6 and Year 7, it noted that the technological transition could be enhanced. In 2019, Jeremy Williamson, Head of Primary, set about exploring how to ensure a seamless transition from Primary to Secondary.

Genesis Christian College is a P-12 co-educational school for 1580 students based in the north side of Brisbane. Mr Williamson oversees the primary education of 770 children.

While the existing iPads were a portable, robust device that blended play and learning for the younger years, they weren’t the same as a “real computer” for upper primary school children according to Mr Williamson. For 18 months Genesis Christian College scoured the market.

I was always convinced it was going to be a Windows based device and really wanted something small and portable with a digital stylus and detachable keyboard.

After trialing different devices Genesis Christian College selected the Surface Go 2 for its portability, capability, flexibility, and economy. At the start of 2021 the College began the phased roll out of the devices, which are leased as part of the annual school fees, starting with Year 4.

Each child in a year group has the same device which provides an even platform for all says Mr Williamson. When the student arrives at school and collects their device it has already been imaged, the roll out is simple, and Mr Williamson adds that Genesis Christian College can leverage its; “Bulk buying power and bulk insurance and the support from Microsoft is exceptional.”

Getting the device right is only part of the equation however. As Mr Williamson notes; “The device will not make up for poor teaching – what the staff have done so well is manage the procedures and processes and policies.”

To maximise the impact of new devices Genesis Christian College appointed Grace Denny – a Year 4 teacher – as digital innovation coach for the Primary school. Teachers who would have a Year 4 class in 2021 were told in September 2020 which ensured that there was plenty of time to prepare for the change.

It meant, says Mr Williamson, that “When we hit day one of this year it worked beautifully.”

Mrs Denny says that forming the Year 4 team early allowed teachers to make decisions together, as a grade. “Early on we decided we would keep the devices at school for half of term one so that we could make sure the students were familiar and confident with them before they went home.”

A user-friendly contract was created for the school, student and parent to sign that described how the devices were to be used, stressing that they were for learning not for game playing.

Year 4 classroom teacher Karis Calitz says that this means; “They definitely view the Surface Go as a school device – a learning tool. That has made a big difference.”

“We have definitely seen a lot more engagement with students. They are so much more eager to start an assignment where they get to use the device. This year we have implemented doing homework on the device – that has been great exercise for them and for parents to see how they are using the device.”

Having a dedicated digital innovation coach who completely grasped what it took to teach a Year 4 class also smoothed the transition, supporting teachers as they transitioned to the new technology.

According to Mrs Calitz;

Having made the transition from iPads to the Go I’ve seen such a change in the classroom culture. For me it has been such a successful implementation of the device and I don’t think we could have done it without that key person overseeing the whole process.

For Mrs Denny one of the key ingredients to the success of program has been that children have been able to choose how they work – they can detach the keyboard and use the screen in tablet mode, use the keyboard, write with the stylus, or access other Microsoft features such as Microsoft Dictate. “Different kids choose different ways to engage with the device,” she says, ensuring flexibility and choice.

The digital stylus was a key factor in our decision – when you are typing you are thinking one way – but looking at different modes, the opportunity to handwrite and mind map is a more fluid connection between hand and brain.

He stresses however that; “It’s less about the tech, but tech enabling the 21st Century capabilities that we are trying to build in kids, creativity, collaboration, critical thinking – the more we can do that without worrying how to use the program the better it is.”

Our goal at Microsoft is to empower every student to achieve more and to do this we have a range of resources available to support educators in achieving better learning outcomes for all students. Find the right Windows devices for your students, deploy Office 365 Education with ease, join our Educator Centre for free training, or sign up to our Education newsletter for the latest news, updates, and events delivered straight to your inbox. 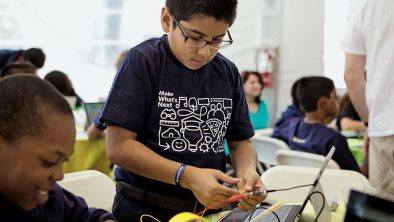 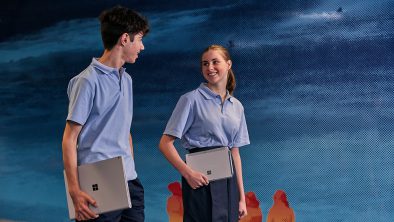 This pandemic has changed nothing in the world of education

By Russell Ginley, Asia-Pacific Industry lead for Microsoft Devices This pandemic has changed nothing in the world of… 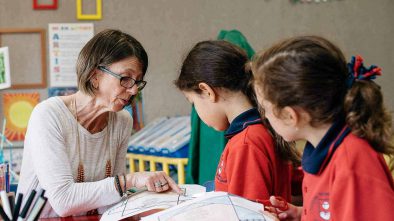 Catholic Education Western Australia (CEWA) is the governing body for 163 schools spread across the State. For almost…