When Edith Cowan University began its decade-long data warehouse transformation, it was essentially looking to create a “single source of truth” for student and financial information.

The previous IT infrastructure lacked flexibility and agility. It also could not deliver the insights required because it lacked capability in how the data could be used, consolidated and analysed.

Senior Deputy Vice-Chancellor, Arshad Omari, says a transitioning of the university’s data warehouse to Microsoft Azure has greatly increased capability. This is thanks to the benefits offered by the open and flexible cloud platform, which handles applications in finance, payroll, student management and identity.

The university, which has more than 30,000 students across three campuses in Western Australia, deployed the solution in December 2021.

Edith Cowan University (ECU) supported the upgrade with an 18-month program to re-design internal frameworks, improving the availability and use of data for a broader range of users. The data is now accessed by “a new generation of citizen analysts within ECU who can use the analytics platform confident that they are using agreed and approved sources of truth”, says Omari.

Chief Information Officer, Vito Forte, says: “The previous IT infrastructure just didn’t provide the flexibility and agility, as well as access to contemporary data ingestion, consolidation and analytical capabilities we required to deliver on the promise of data delivered insights.”

We have a small data team and using the Azure capabilities at our disposal creates a multiplier effect on their knowledge to help the University gain great value from its data.

Khalsa says data have been organised into “patterns”, which means 95 per cent of tasks can be done using existing formats, sometimes with a bit of tweaking, rather than writing scripts for each job.

This means the 550 workloads that the system had to undertake have been slashed to a mere 20. As a result, code has been cut by around 80 per cent and it has led to savings in operational costs and resourcing for support activities.

We are now able to build really complex things in a week or two, whereas, in the old world with the old system, it would have taken us months because every time I was starting from scratch.

New features can be easily created by updating the “pattern”, benefiting all the jobs beneath it. Under the previous system, this would have involved updating a large number of scripts, he says.

“There is a massive reusability that is happening there,” he says, adding that execution times have been cut by more than 50 per cent.

The useability of the data has also been enhanced. Microsoft Azure allows the university to manipulate and analyse a greater range of information about students, staff and business performance.

“Azure gives me all the things that I need or the capabilities I need within one platform and I can pick and choose what I want,” says Khalsa.

The Manager of Enterprise Business Intelligence at the university, Ashley March, says people without a “high level” technical background can access the information – clearing the bottleneck under the previous system, where all requests had to be funnelled through one or two people.

“Now, every single person in my team can go in and do this work,” he says.

Every individual area has its own data requirements and needs. Now it’s a lot easier to get that data into the hands of those people in the business, so they can actually do the visualising, analysing and planning themselves. 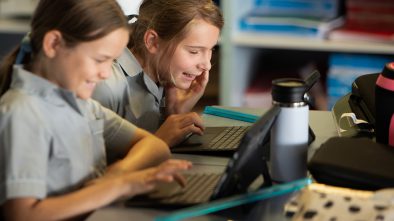 From Paper to Ink; moving from paper-based learning to a digital learning environment

St Hilda's Anglican School for Girls has been educating young women for the past 125 years. A school… 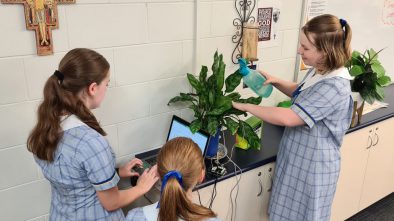 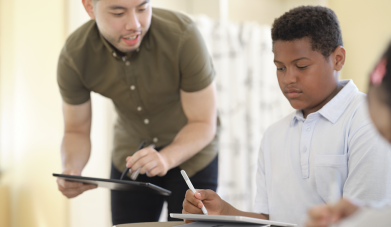 The Queensland Department of Education (QDoE) provides education services to more than 580,000 students across 1,258 schools in… 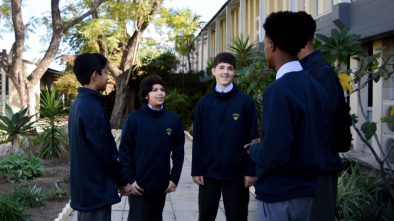 When Australia went into Covid-19 lockdown, the Australian Islamic College was able to switch to online learning in…