Recently, we had the chance to sit down with Canadian Microsoft Innovative Educator Expert Lee Martin and talk about his experience with coding in the classroom. He’s a leader in bringing computer science to his young students to unlock their creativity in some surprising ways. They took so strongly to the technology that they entered and won our nationwide Make:Change contest!

The first thing we wanted to know was how Lee got into coding. It all started with a news story. “I was sitting at home with a newspaper,” Lee told us, “and I was reading an article that said coding had become the number one sought-after language in the UK. It wasn’t French. It wasn’t Mandarin or any other international languages. It was coding.”

As a teacher at a French Immersion school in Ontario, Lee had seen the power that a second language can activate for students. He saw the potential for the same value in the new language of code. 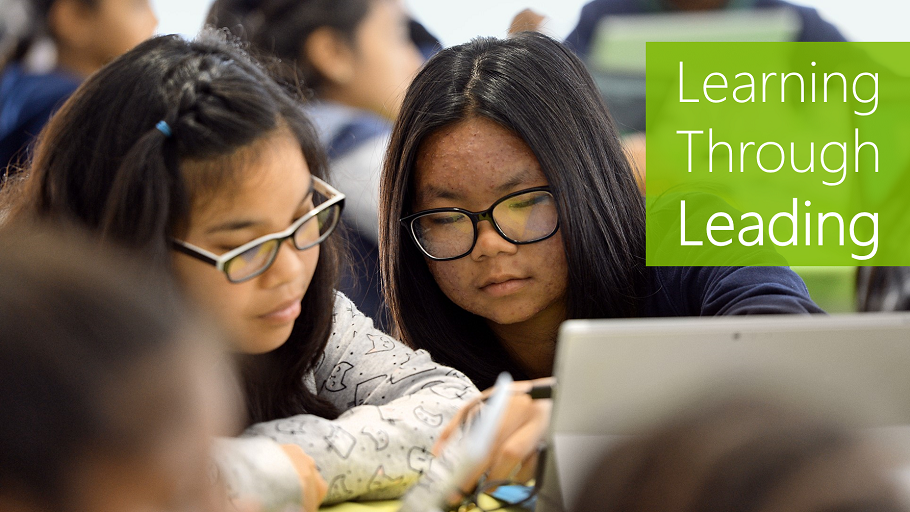 The benefits have been enormous for Lee’s students. We asked him about his favourite student projects. “I love the fact that my students are leaders in designing pieces that will be used to help others.”

He continues with a story that was especially meaningful to him: “Most recently we were looking at Geometry and Math, and one of the students asked if they could build a game for their sibling in grade one. A bunch of other students jumped on board, and shortly thereafter all different types of games started to develop that facilitated an understanding of metric attributes at a grade one level, which then saw us going and teaching the grade ones! They gained that learning through leading element.” 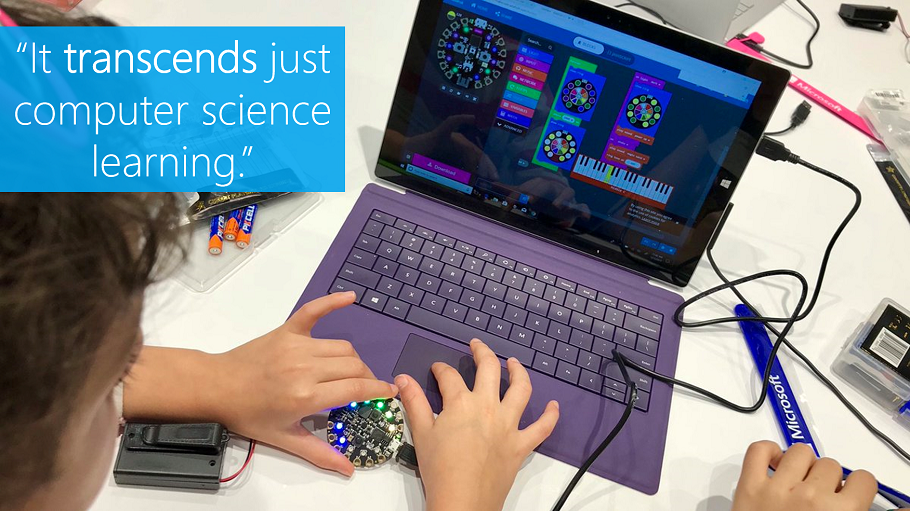 You don’t have to talk to Lee for long before your realize that the value of coding goes way past computer science. Beyond the leadership his students displayed in teaching their peers, he’s noticed a big change in their learning outlooks. Lee discussed the universal 21st Century Learning competencies that coding supports: “The idea of debugging and having them work through the problem to build perseverance is huge. The problem-solvers collaborate and communicate with each other, work as a team, and support others who are having struggles. They take that understanding of these experiences with coding and Minecraft with them, and it transcends just computer science learning. It supports them in language. It supports them in social studies. It’s supporting them in mathematics.”

Lee summed up his learners’ progress with one crucial observation: “My students are risk-takers now.” 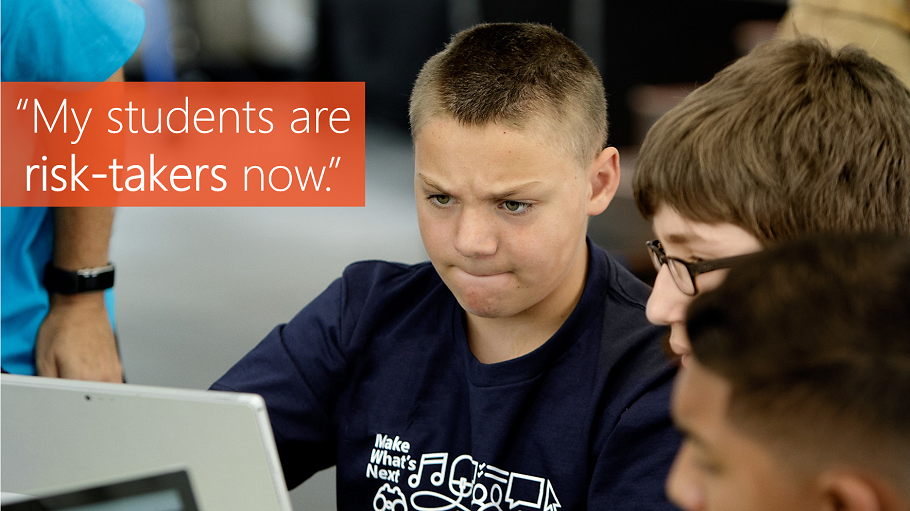 To get started with coding, a few recommendations stick out for Lee. The first place he suggested sending a teacher is the Microsoft Educator Community, a source for online courses and a forum to connect with educators, as well as the place he shares his own expertise. He also pointed teachers to the discussions taking place online around coding: “There’s a wonderful conversation going on right now amongst Canadian educators on social media concerning the Hour of Code. It’s a great way for people to introduce students and other educators to these tools. But it’s not an end-point, it’s a start. It allows people to seek other ways of upgrading students to continued coding.”

The best thing you can do is reach out to educators like Lee, who have started down this path and learned how to incorporate coding into the classroom. They recognize the value that coding contributes, and they’re passionate about sharing that with the wider teaching community. In the end, it’s teachers who are driving the revolution of 21st Century Learning in Canadian classrooms, and in many ways Computer Science is at the forefront of these changes.

Lee Martin is an Ontario third grade teacher, lecturer, and Microsoft Innovative Educator Expert. Connect with him on Twitter to hear all about his adventures in classroom coding: @MrMartinEDU.  Microsoft offers a set of free, online tools for introductory coding with digital devices at MakeCode.org. To learn more about Microsoft tools in the classroom, visit microsoft.ca/education. You can also request free PD on coding and other topics for your school from our training partners and Microsoft Learning Consultants. 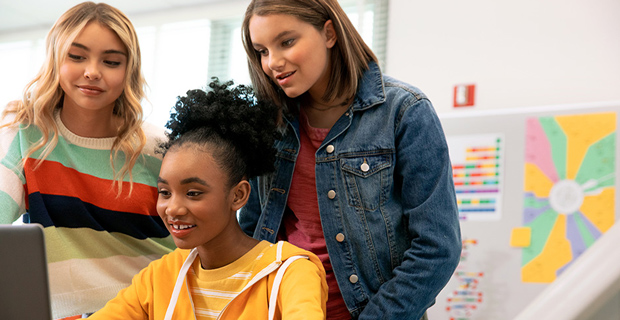 Sam is a Grade 6 student who is identified with a learning disability.  Since the beginning of the… 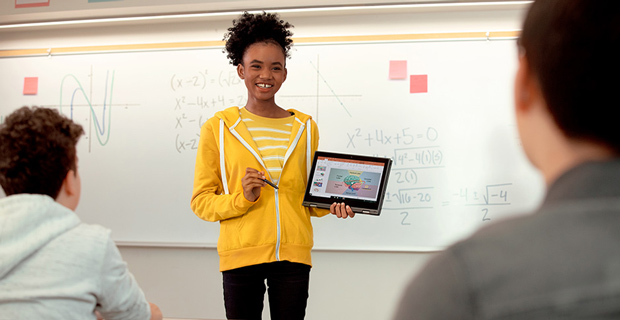 Well, here we are again: reflecting on a trip that was inspiring, innovative, and also very emotional for me!…

Adding a new dimension to history

When you think of areas of study that benefit from 21st-century technologies, what comes to mind? Math? Science?… 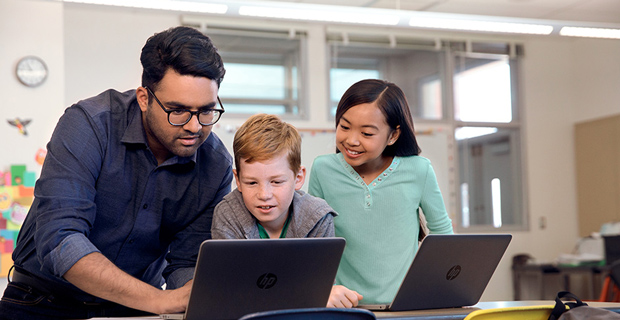 Empowering the BYOD space with OneNote